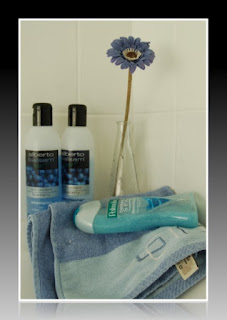 We had a nightmare when replacing our bathroom- as the old bath waste had rotted the floor boards and joist underneath. Unfortunately the insurance company took 5 weeks to let us know that they were turning the claim down- because we hadn't kept the old bath as proof that it had leaked. They had staff on holiday due to Easter and the Royal wedding- so it was over 2 weeks before an assessor even came out. Then the building society and the insurance company were disputing where the paper work was at any point- even though it is all done online!They did offer to pay for a small section of the work - but we decided to just go ahead without them! We had to get the floor and ceiling done professionally- but dh and a plumber friend did the rest of the bathroom. Unfortunately- although he starts projects he runs out of enthusiasm way before they are ever completed. As a result at the moment I cringe every time I open the bathroom door.It only needs the final 4 tiles fitted and grouted and then the bath panel fitted properly! To get over this I try to add pretty details to draw the eye away from the unfinished work. So when I change the bath mat and towels- I change the toiletries and flower to match. We have a range of colours to choose from- this weeks is a pretty denim blue!

I've just heard that one of my sisters best friends was on the coach that crashed at the weekend and is quite seriously injured. He's a ski instructor and the school took the 2 instructors with them. Apparently the emergency exit door came off and the bar on it smashed into his chest- and he woke up with luggage and children on him. He was hoping to fly back with the teachers wife yesterday- but he has an injury to his lungs that they want to keep an eye on, and don't think he can fly. The parents of the schoolkids who are still in hospital are coming to see him aswell and keep him supplied in Mars bars cos he doesn't like the food. One of the ladies at the crop I went to knew the teacher that was killed- and one of my god daughters went to that school and says the teacher that was killed was such a lovely person.
Posted by Unknown at 11:51